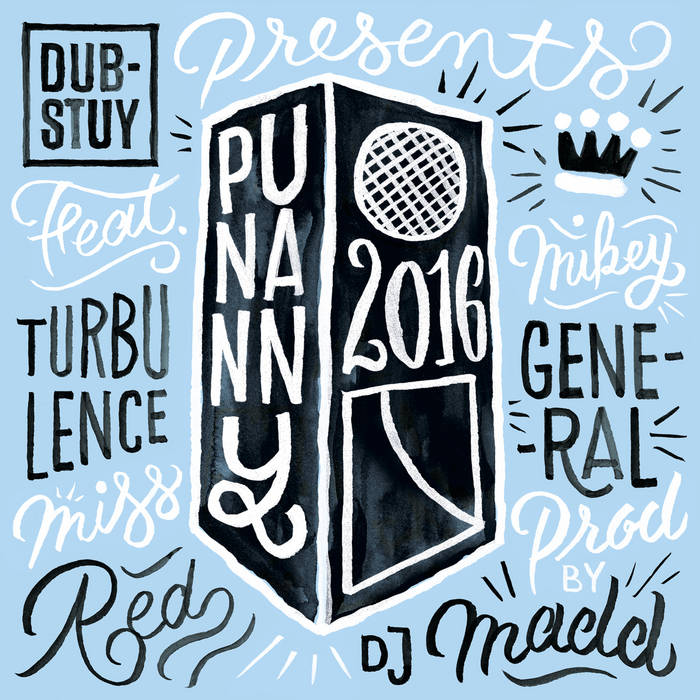 The first in this new series is an update to King Jammy’s 1986 Punanny riddim by Brooklyn-based DJ Madd, who adds a double-time swing, pulsing 808 kicks and some serious sub bass pressure to the original while keeping the unforgettable hook intact. Taking turns to vocal the riddim is a cast of four MCs: Turbulence, Kingston’s rudeboy-turned-rasta whose breakout single Notorious still rings loud today; Mikey General, the British-born singer whose beautiful tenor is a fixture of conscious reggae music; Miss Red, the young Israeli female MC taking the European scene by storm; and Kurry Stain, an upcoming lyricist from Kingston who has been working with JA Productions. Each MC brings their own distinct style to the track, giving us four versions of a timeless classic.

Punanny 2016 is released as a 2x7” pack - perfect for the vinyl fans and collectors - and in digital formats with colourful artwork that celebrates the legacy of this classic. A summer anthem ready to burn up the dance from Kingston to Tokyo!