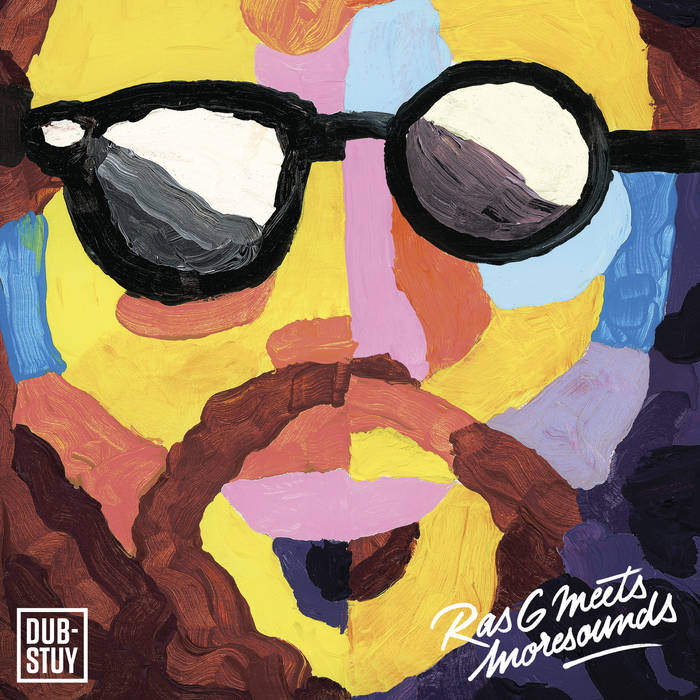 Brooklyn-based label Dub-Stuy kicks off 2018 with the inaugural release of a new EP series dedicated to unearthing and celebrating the outer reaches of sound system culture. Taking its cue from the classic dub releases where two producers would face off with their own versions, Dub-Stuy’s Meets series brings together artists who have a clear dub influence but do not operate solely within the sphere of the dub and reggae world. The first such meeting is between Los Angeles beat supremo Ras G (Brainfeeder, Stones Throw) and Paris junglistic dub scientist Moresounds (Cosmic Bridge, Astrophonica).

Ras G Meets Moresounds features two brand new productions from each artist exploring the more experimental side of dub. On his side of the release Ras G freaks traditional dub riddims in a hip-hop style by slowing the bpm down, amping up the bass and smothering the tracks with echo and reverb. “Gorilla Glue” adds animal sounds and a hypnotizing flute melody reminiscent of Augustus Pablo, while “Global Shit-uation” goes deeper by juxtaposing bright keys with a wall of sirens and computer noises, as if Sun Ra had landed in Kingston for a jam with Tubby.

For his half of the release Moresounds taps into the melting pot of energy he’s become best known for, a perfect blend of dance music, hip-hop and dub. “We A Tribe” brings together traditional dub melodies with menacing synth lines, a steady kick snare pattern and a rowdy bassline. “Deep Base” taps into the steppers vibe with a marching drum beat and floating percussion rubbing against ominous melodies and an ocean of sampled sounds.

A celebration of the timeless impact of dub on modern music, Ras G Meets Moresounds shows how versatile dub music can be today and how far it has come from its Kingston roots. Strap in, light one up and get ready for a deep dub dive.

A1 and A2 produced by Ras G. B1 and B2 produced by Moresounds. Mastered by Star Delta. A&R by Quoc Pham and Laurent Fintoni. Artwork by Cyril Dosnon.